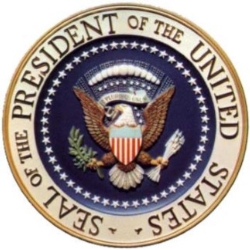 In honor of Lincoln's Birthday (2/10) and Presidents' Day (2/17). Choose the caption to read interesting facts about these holidays.

Abraham Lincoln was the 16th President of the United States, serving from March 1861 until his assassination in April 1865. Lincoln successfully led the United States through its greatest constitutional, military, and moral crisis - the American Civil War - preserving the Union. Reared in a poor family on the western frontier, Lincoln was mostly self-educated, and became a country lawyer, a Whig Party leader, Illinois state legislator during the 1830s, and a one-term member of the United States House of Representatives during the 1840s.

Presidents’ Day is an American holiday celebrated on the third Monday in February. Originally established in 1885 in recognition of President George Washington, it is still officially called “Washington’s Birthday” by the federal government. Traditionally celebrated on February 22 (Washington’s actual day of birth), the holiday became popularly known as Presidents’ Day after it was moved as part of 1971’s Uniform Monday Holiday Act, an attempt to create more three-day weekends for the nation’s workers.

While several states still have individual holidays honoring the birthdays of Washington, Abraham Lincoln and other figures, Presidents’ Day is now popularly viewed as a day to celebrate all U.S. presidents past and present. (www.history.com)